All workers question their own credentials every now and again; maybe a project doesn’t go to plan and the boss dresses them down in front of the team, or maybe they just don’t feel the connection with their job that they once did – it’s completely 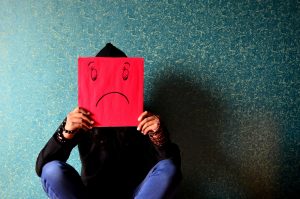 natural, and often is will pass.

Yet, sometimes it doesn’t. Sometimes, the little voice in the back of your head telling you that you’re on the wrong path only gets louder and louder, until it’s all you can think about. At this point, it’s time to seriously consider if you’re ready to make a change.

This, according to research conducted on behalf of First Direct which polled a total of 2,000 workers across the country, is the feeling of almost half of the British workforce. When asked in the poll if they felt that they were in the right job, and the right career, 47% admitted that they were ‘not sure’ and that their current positions were not fulfilling enough.

One quarter of respondents were motivated to switch careers in order to learn a new skill and attempt to build a new profession in another industry, whilst one third insisted that the key problem in their current job was the lack of a reasonable work-life balance.

“It’s easy to associate career switching with the early years of your working life, but our research found the desire to do something completely different spans every age and generation,” stated Joe Gordon, Head of First Direct and commissioner of the research.

“Even 42 per cent of the over-45s plan to change careers in the next two years. Money isn’t the driving factor behind a career switch. People are keen to learn new skills, or to do something they find more personally satisfying. Almost one in five are considering teaching, nursing or charity work as an alternative career,” he concluded.