We hope you and your loved ones are staying safe and well.

We have been closely following the guidance issued by government in relation to business and working practices. Our aim is to continue to provide all our services as smoothly as possible, ensuring the health & safety of our team, candidates and clients.

If you have any queries or concerns please do not hesitate to call us. 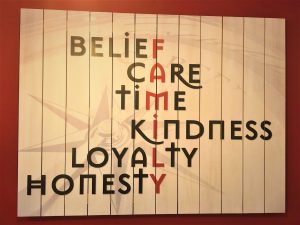 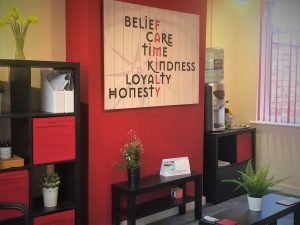 We’re really proud to have our values printed in such a beautiful format in our reception area and our meeting rooms.  As a “family” our values are important to the way we work and treat each other, our clients and our candidates.

We take care of our people. We care about the candidate journey and listen to understand people’s ambitions. We care about our clients, each other, our reputation and our achievements.

Honesty underpins everything we do. We consider feedback to be a gift, and are always realistic, honest and transparent in every way with our clients and candidates.

We are proud to treat our clients and candidates with kindness and respect. We care about people’s wellbeing and we strive to be kind and sensitive towards people’s circumstances, aspirations and emotions.

As a family we are loyal to each other. We encourage a two-way relationship in which loyalty prevails between ourselves, our clients and our candidates.

We always take the time to listen and learn about clients’ and candidates’ expectations. We have an open-door policy and always have time for one another. 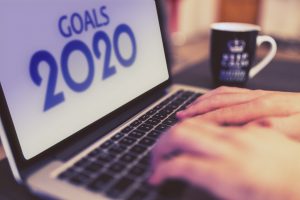 The start of a New Year can spark many resolutions; to go to the gym more, eat less chocolate or even quit smoking, but for some, it is to find a new job.

In fact, more than half of Brits are considering finding a new job in 2020, an increase of eight per cent last year, new research has found.

According to a survey of 1,200 Brits by Investors in People, two in three (65%) of workers confessed that they go to bed on a Sunday night dreading returning to their job, reported Yahoo! Finance.

The number of people feeling unhappy in their jobs is also on the rise, increasing by 10% year-on-year.

It was revealed that around 24% were unhappy in their job at the turn of the year, with the same number actively seeking new opportunities, plus another 32% are considering looking for a new position.

Of the 1,200 respondents, 30% said that one of the main reasons they would seek new employment is earning more money. 23% cited not feeling valued and 22% wanted a better work/life balance.

However, when it comes to retaining employees and keeping them happy, 14% rated a simple thank you as being appreciated consistently for over the last four years.

“Six years into our job exodus research, we’re still hearing that people want to be told ‘thank you’ and one in four people are looking for a new job because they don’t feel valued,” said Paul Devoy, CEO of Investors in People.

“‘Thank you’, something so simple, so consistently important and potentially the best retention tool we’ve got.”

When it comes to retaining staff, a friendly workplace and supportive culture are key. For example, more than half of respondents said that having friends at work is important to them, while a quarter admitted to staying in a role because of their friendships rather than enjoyment.

47% revealed that they would prefer a friendly workplace than a three per cent pay rise.

December can always be a challenging time for recruitment – yet also one of the busiest times. Here’s some of the biggest trends impacting recruitment this December and the best ways to tackle them going into 2020. 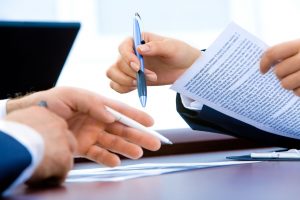 With it being such a busy month, companies can often be accused of dressing up job roles in the hopes of attracting more talent. However, honesty is always the best policy – for higher levels of retention you should just sell a job for what it is. Instead of exaggerating the role to attract the top talent, employers should make sure the role itself appeals to what candidates really want. In fact, 78% of employees say that job perks are a crucial part of accepting any role, with a good work-life balance becoming a priority.  Employers are getting more creative in what these perks might be with anything from flexi-time to Netflix subscriptions.

It isn’t just employers that are guilty of telling a few white lies, with it becoming increasingly common to tell a few fibs on your CV. This is particularly topical, with one of The Apprentice finalist being caught out for claiming she had a degree that she didn’t. Therefore, the moral of the story is, by telling a few lies on your CV, you will probably get caught out!

Another way you can employ specific talent if simply through the language you use in the job description. A recent case included a company who struggled to attract Female talent. By simply changing the language in their job description, so it was seen to be less “aggressive”, they increased female hires by 50%.

It is crucial that employers use the interview process to not only assess candidates, but to sell themselves and their company culture. A recent trend for interviews is to expect the unexpected with companies really thinking outside the box with interview tactics, but regardless it is key to reflect your company’s values.

So with January being the best time of year for job seekers to start a new position, what can you do differently to ensure your companies culture appeals to the top talent? 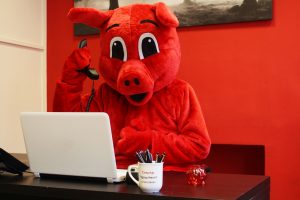 With 2019 being such a successful, exciting year for the Caraires family, we thought we would take the time to share with you some of our personal highlights!

We kicked of the year with the birth of our infamous mascot – Corky the Caraires pig! Here at Caraires we see ourselves as a family, this is reflected in our family values, which also reflect the characteristics of a Pig – kind-hearted, positive and loyal. The colour red is our branding and is an intense colour symbolising passion and determination, traits in which we pride ourselves on. Taking our inspiration from a piggy-bank, pigs are regarded as bringing wealth and affluence to people. As your recruitment partner this is also what we aim to do through finding you the perfect job match and offering a competitive salary. Believe us when we say 2019 certainly was the year of the pig!

We then began the first of many seasonal celebrations with Valentine’s day! We sent all of our employees a valentine’s card, with one lucky winner also receiving a meal for two at Café vin cinq. In addition to this, Corky had a busy February visiting local nurseries alongside Sharon and Matt to inspire art activities and talk to the children about what they wanted to be when they grew up. We also ran a well-being week for our client’s and their teams. This included massages, health advice and nutrition packs delivered to their offices.

We then move onto March where some of the Caraires family alongside clients, had a lovely time visiting Anya Court Care home to share memories with residents and support their daily activities. In March we also ran a Family fun day in the town centre which included a treasure hunt, face painting and balloons!

For Easter we managed to raise over 900 Easter eggs with the support of our clients as part of our annual collection for HCPT. These eggs were then shipped over to Lourdes for disadvantaged children.

Then we move onto one of our most exciting projects of the year – “Caraires does Dragon Den”. This was where five of our clients listened to pitches from seven local, young entrepreneurs. The lucky winner, 17-year-old Daniel from Southam, won a £500 cash prize for his personalised Tyre-writing business “Ludicrous”.

June saw our Wimbledon-themed event “Serving-up Recognition wins”, hosted by multi-award winning speaker and author Debra Corey and featuring some delicious Afternoon tea, as well as the launch of a summer recognition scheme. Not only that but during the summer months the Caraires Family welcomed the newest addition to the family – Molly our Marketing and Communications Apprentice. We also purchased our new premises on Lawford Road which will be open in February next year!

Moving into the Autumn months, we hosted a “Brainteaser Brunch” where four client teams went head-to-head with our local market information quiz. This included rounds such as diversity, salaries, benefits and Brexit alongside some local Trivia. Then to finish off October we all got into the Halloween spirit, with Molly the witch and Corky visiting local businesses delivering “trick or treat bags”.

To finish of the year, we adopted over 280 mini Christmas trees which we watered and pruned as part of our eco-friendlier approach to our client and candidate gifts.