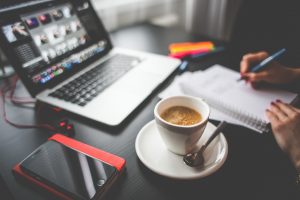 In the current age of political, economic and social tension, when the actions that are constantly splashed all over the tabloid front pages, it’s hard to compartmentalise what subjects are and aren’t acceptable or ‘safe’ to talk about in the office.

In theory, good intellectual conversation should never, really, be off of the table – yet as most workers would confirm from personal experience, debate can very quickly become personal, and can cause widespread bad feeling when ill-informed perspectives are aired – or divisive views are shared.

As a result, it’s best to simply steer the conversation away from hot-button topics which may cause unintended offence or division within a team. The below topics are some of the most universal examples of these.

It’s a universal fact that all workers believe that they should be on a higher wage. As a result, there’s a vast culture of discretion within the UK professional sector when it comes to compensation. Regardless of whether you’re sharing because you think it’s low, or because you’re satisfied with a new raise, just keep quiet about your income. You have essentially no idea how your pay stacks up against others, and a surprising reveal may well cause significant dissension from your co-workers.

Regardless of your political leanings, keeping up to date with the constant controversies of the UK parliament can be an exhausting and infuriating prospect. However, just because the issue is on your mind, that doesn’t mean that you should be debating the events with others. You may well find that it sparks a debate from which the team’s co-working spirit does not recover.

Religion may well play a massive part in your life and telling co-workers about a christening or another big event you’re attending isn’t a faux pas, yet as with politics, actively encouraging a philosophical debate about the existence of God isn’t going to lead anywhere productive. Camps will just divide, and it may well soon descend into bitter arguments.

There is never an appropriate situation within the workplace to discuss one-night-stands or the like. As a rule, it’s best to simply steer away from talking about your love life, as the lines between what is acceptable and what could get you disciplined by HR are very much blurred. Play it safe, keep it to yourself.

There’s always a divisive issue being debated furiously on the news. Whether it’s the collapse of a retail empire, the capture of a terrorist or, as with the current cycle, much debate around environmental activism, such issues rarely elicit meek reactions from the public. Remember, the news is designed in its very nature to provoke strong feelings from viewers; discussing these issues in the workplace will only serve to bring back these feelings, which will be directed at anyone who doesn’t agree.